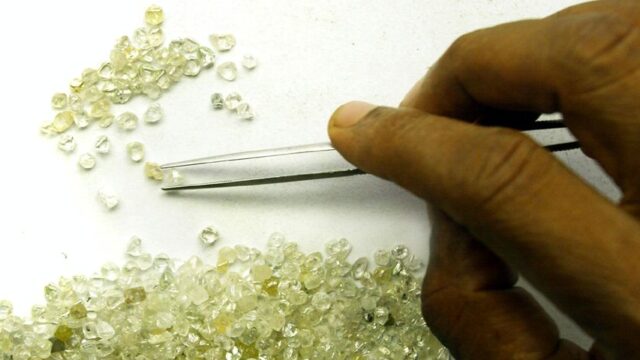 The Kimberly Process Certification Scheme is a global initiative launched in 2003 to control and monitor the trade in rough diamonds and prevent the shipment and sale of conflict diamonds. The international community has made remarkable strides to document the $30 billion annual international rough diamond trade by creating a detailed record of diamond transportation and trade from mine to polishing. Rough diamonds must be shipped in sealed containers and exported with a Kimberley Process Certificate, which certifies that the diamonds comply with the certification scheme. Kimberly Process member states are required to establish a system of internal controls to prevent conflict diamonds from entering or leaving their territory.

Diamond-financed conflicts are nothing new in Africa. Conflict diamonds originate from areas controlled by forces or factions opposed to legitimate or internationally recognized governments. Conflicts in Angola, the Democratic Republic of the Congo, and Sierra Leone were fuelled in part by the trade in rough diamonds. In Angola, rebels sold diamonds to purchase arms on the black market, effectively evading an international arms embargo. Sierra Leone experienced a civil war in which untraceable diamonds allegedly funded fighters who hacked off people’s hands with machetes and burned entire villages.

Bureau of Economic and Business Affairs