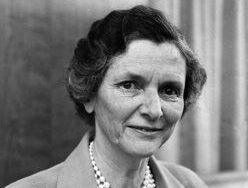 Frances Willis graduated from Stanford University with a Ph.D. in 1923 and became an assistant professor of political science at Vassar College. She changed careers because she said she “didn’t just want to teach political science, I wanted to be a part of it.” She was the first woman to make the Foreign Service a career.

Willis passed the Foreign Service exam in 1927 and traveled to her first assignment in Chile. Over the next 37 years, she held posts in Sweden, Belgium, Spain, Britain, and Finland. She was in Brussels when the Nazis invaded in 1940. In 1953, President Dwight Eisenhower appointed her U.S. Ambassador to Switzerland. She was the first female career Foreign Service officer to serve as an Ambassador.

Willis also served as Ambassador to Norway from 1957 to 1961, and President John F. Kennedy then named her Ambassador to Ceylon, now Sri Lanka. The Ceylonese government seized gas stations and oil depots owned by U.S. businesses in 1962, and then dragged its feet about compensating the companies. Willis reminded the finance minister that the United States would suspend aid to any country that seized U.S. assets without compensation. The suspension of aid followed about eight months later.

Willis once said, “It takes certain qualities to make a fair success in diplomacy. A diplomat’s sex has nothing to do with it. Mostly, I think, it takes adjustability, intelligence, and stability.” In May 2006 the U.S. Postal Service issued a stamp to honor her service.