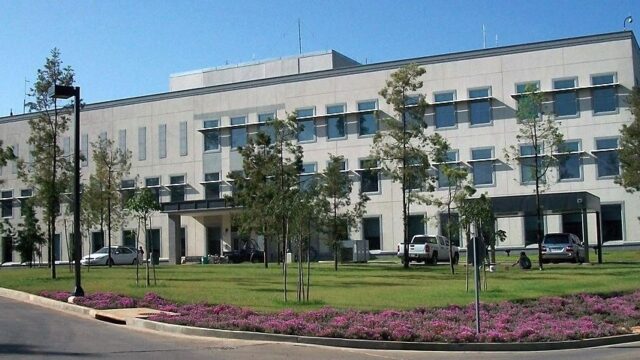 Diplomatic relations were established between the United States and Ethiopia in a treaty of commerce in 1903. The first American Legation arrived in Addis Ababa in 1909 but withdrew in 1936 when Italy invaded Ethiopia. It reopened in 1943 and was elevated to embassy status in 1949.

During the Cold War, U.S.-Ethiopian relations were strained because Ethiopia accepted Soviet aid and support. However, the two states have cooperated since the collapse of the communist government in 1991. The official ideology of the government is “developmental democracy,” a model that prioritizes economic development over political rights. One party controls all aspects of the government, economy, and security sector and supports rapid, broad-based modernization intended to transform Ethiopia from a poor, rural, agricultural state to a middle-income, urban, and industrialized powerhouse by 2025.

In 2011 in Addis Ababa, the U.S. dedicated the largest U.S. embassy in sub-Saharan Africa. The diplomatic relationship between Ethiopia and the United States is important, complex, and focused on four broad goals: protecting American citizens, strengthening democratic institutions and expanding human rights, spurring broad-based economic growth and promoting development, and advancing regional peace and security. There is also the U.S. Mission to the African Union in Addis Ababa.