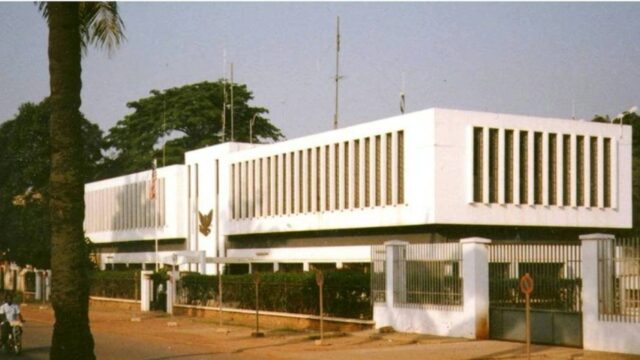 The U.S. established diplomatic relations with the Central African Republic (C.A.R.) in 1960, following its independence from France. Due to frequent violence and unrest, the embassy has had to close down and evacuate a few times. The embassy resumed normal operations in September 2014.

The United States and C.A.R. share a vision of a more stable country that enjoys greater stability and security, experiences improved economic growth and development, contributes to regional stability, and is a reliable partner on issues of mutual importance. The United States also supports C.A.R.’s efforts to develop strong institutions that will improve transparency through capacity-building, strengthen the rule of law, and promote unity among Central Africans.

Today the U.S. embassy is located in Bangui.

Embassy of the Central African Republic