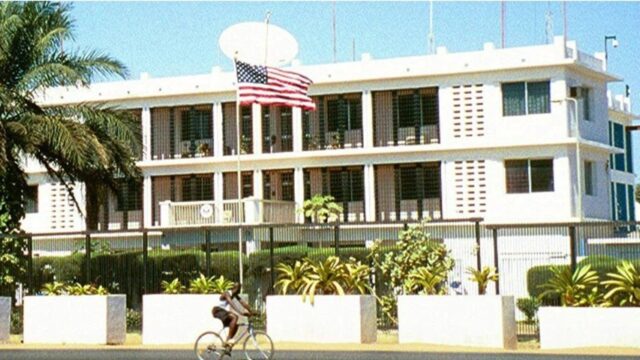 The Gambia became independent from the United Kingdom in 1965 and the United States recognized it the same year. President Yayah Jammeh took power in a military coup d’état in 1994 and remained in office until he was defeated by President Adama Barrow in elections held in 2016.

United States Department of State, Office of the Historian and Bureau of African Affairs