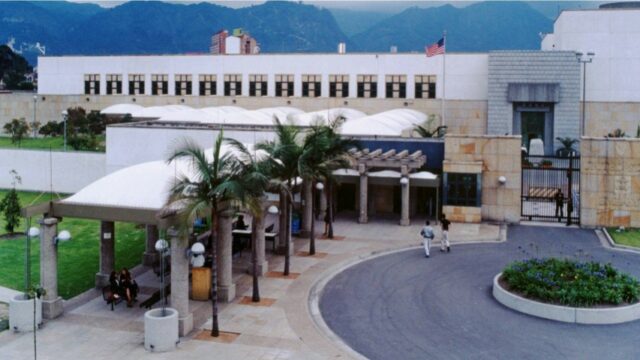 Colombia effectively achieved its independence from Spain by 1819, and the country was recognized by the United States in 1822. Colombia is a middle-income country and one of the oldest democracies in Latin America. Colombia has experienced more than half a century of conflict with illegal armed groups. Long-term U.S. interests in Colombia include promoting security, prosperity and good governance. U.S. policy supports the Colombian government’s efforts to strengthen its democratic institutions, promote respect for human rights and the rule of law, foster socio-economic development, address immediate humanitarian needs, and end the threats to democracy posed by narcotics trafficking and terrorism. The U.S. government supports Colombian efforts to transition from conflict towards peace by working in the most conflictive and neglected rural areas of Colombia, where violence, the lack of government presence, and the absence of licit economic opportunities have historically converged. U.S. programs provide support for: the implementation of Colombian government reforms in land restitution; reparations for victims and vulnerable populations, including ethnic communities; public and private investments, in particular to foster a vibrant rural economy; reintegration of ex-combatants; promoting respect for human rights and the rule of law; protection of vulnerable citizens (such as human rights and labor activists); and addressing global climate change and environmental issues in one of the most ecologically diverse countries in the world. The United States and Colombia have signed agreements on trade, environmental protection, asset sharing, chemical control, ship-boarding, renewable and clean energy, science and technology, and civil aviation. Today, the embassy resides in Bogotá. For more information on our relationship with Colombia, please click here.

Embassy of the Republic of Colombia