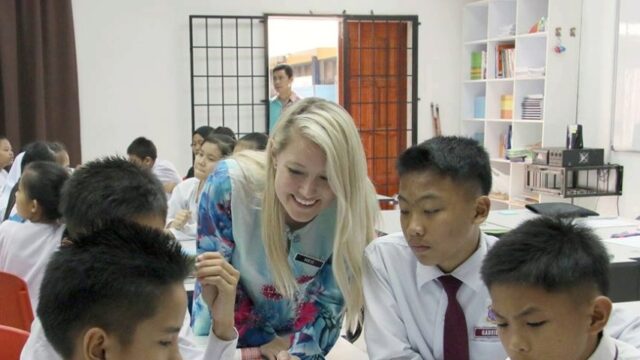 The United States appointed a consul to Penang, Malaysia in 1918 to assist American merchants trading in Malaysia, a part of the British Empire at that time. The United States later established two other consular posts. In 1957 the United States established diplomatic relations with the newly independent Federation of Malaya and elevated its consulate in Kuala Lumpur to an embassy. In 1963 the federation joined with Singapore, Sarawak, and Borneo to form the Federation of Malaysia. Construction on the current chancery was completed in 1983. President Obama and Prime Minister Najib elevated the relationship to a Comprehensive Partnership in April 2014. Today, Malaysia is a significant regional and global partner for the United States, and the two countries share a diverse and expanding partnership in trade, investment, security, environmental cooperation, and educational and cultural relations. Economic ties are robust, and there is a long history of people-to-people exchanges. Malaysia has a diverse democracy and is an important partner in U.S. engagement with Southeast Asia. The two countries cooperate closely on security matters, including counter-terrorism, maritime domain awareness, and regional stability and participate frequently in bilateral and multilateral training, exercises, and visits.U.S. exports to Malaysia include machinery, aircraft, agricultural products, optic and medical instruments, and iron and steel. For more information on the ambassador and the U.S. relationship with the country, click here.

Ministry of Foreign Affairs of Malaysia