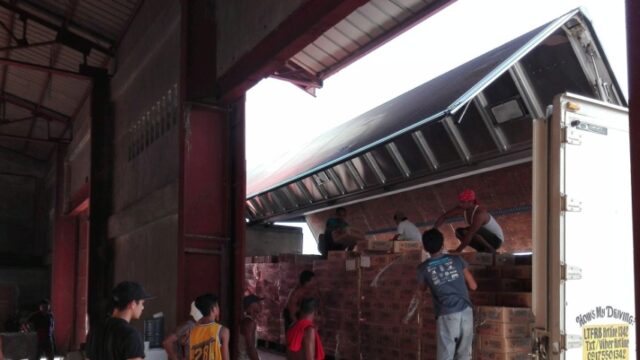 The United States recognized the Republic of the Philippines as an independent state on July 4, 1946, through a presidential proclamation by President Harry S Truman. On the same date, the two nations signed a treaty whereby the United States renounced all claims to the Philippines, which had previously been under American sovereignty. The current embassy was constructed in 1940 on land reclaimed from Manila Bay. It was appropriated by the Japanese military and used as the Japanese embassy during their occupation of the Philippines during World War II. After the war, the building was repaired, as it had taken serious damage during the American reclamation of the city, and was it temporarily used as the Philippines location of the Japanese War Crimes Tribunal. Manila was reinstated as an embassy in 1946. The nation of the Philippines is a strong ally of the United States and shares numerous interests. Our mutual interests are manifested in the approximately four million persons of Filipino descent currently living in the United States, as well as the open and widespread travel, tourism, and exchange programs occurring between the two countries. In the summer of 1951, the two countries signed the U.S.-Philippines Mutual Defense Treaty, which reflected the alignment of the security interests of the two nations, including jointly confronting communism, nuclear proliferation, and terrorism. This treaty was reaffirmed in the 2011 Manila Declaration, which moves beyond the realm of security to envisage enhanced cooperation in the economic, strategic, and political realms, among others. The two countries currently engage in the U.S.-Philippines Bilateral Strategic Dialogue to communicate viewpoints and stances on current regional and global issues. Through the U.S. Agency for International Development, the United States addresses many of the socio-economic development and humanitarian issues facing the Philippines today. For more information on the ambassador and the U.S. relationship with the country, click here.

Embassy of the Republic of the Philippines