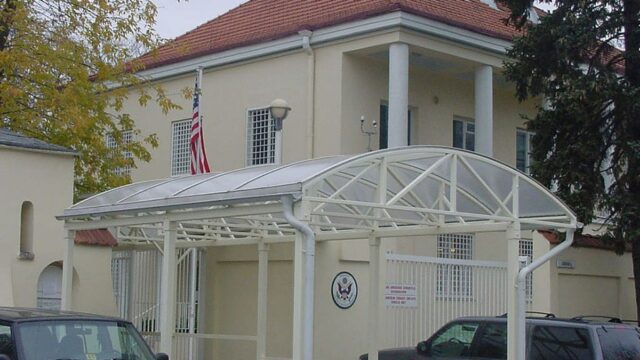 The United States first established diplomatic relations with Lithuania in 1922 following its declaration of independence during World War I. The U.S. representative to Lithuania was stationed at the Legation in Riga, Latvia until Legation Kovno was established May 31, 1930. The Soviet invasion and annexation of Lithuania and the other Baltic States of Estonia and Latvia in 1940 forced the closure of the American legation, but Lithuanian representation in the United States continued uninterrupted. The United States never recognized the forcible incorporation of Lithuania into the Soviet Union and views the present Government of Lithuania as a legal continuation of the interwar republic. Since Lithuania regained its independence, the United States has worked closely with the country to help it rebuild its democratic institutions and a market economy. The U.S. welcomed Lithuania’s accession to the North Atlantic Treaty Organization (NATO) and the European Union (EU) in 2004. As a NATO Ally and EU member, Lithuania has become a strong, effective partner committed to democratic principles and values. The country is a strong supporter of U.S. objectives in the area of democracy promotion and has helped the people of other young European nations develop and strengthen civil institutions. Today, the U.S. embassy is in Vilnius. For more information on our relationship with Lithuania, please click here.

Embassy of the Republic of Lithuania