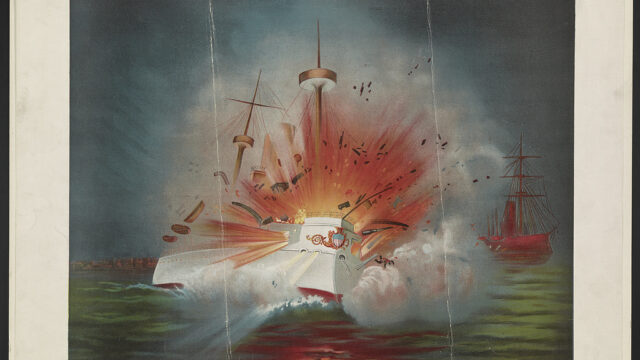 Matt helped us understand the Spanish-American Conflict of 1898 and its role in shaping the United States’ identity in the 20th century. The 1898 Treaty of Paris, which ended the conflict, brought the Philippines, Guam, Puerto Rico, and Cuba (temporarily) under U.S. control. Further, the conflict and subsequent negotiations with Spain sparked a global shift in American interests and identity.

Listen to program highlights through the below timestamps