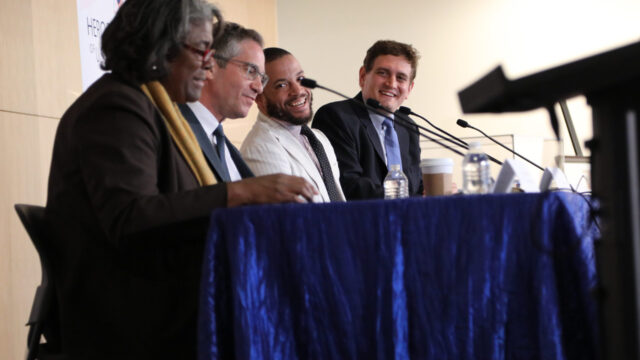 On February 27, 2020, the State Department’s Foreign Service Institute hosted a “Heroes of U.S. Diplomacy” panel at NMAD to honor Dr. Ralph J. Bunche, a pioneering African American diplomat who shaped some of the most remarkable moments in the twentieth century.

The “Heroes of U.S. Diplomacy” initiative highlights the stories of heroic figures in diplomacy from the Department’s rich history. For more information about the initiative, email HeroesofDiplomacy@state.gov or visit www.state.gov/HeroesofUSDiplomacy.