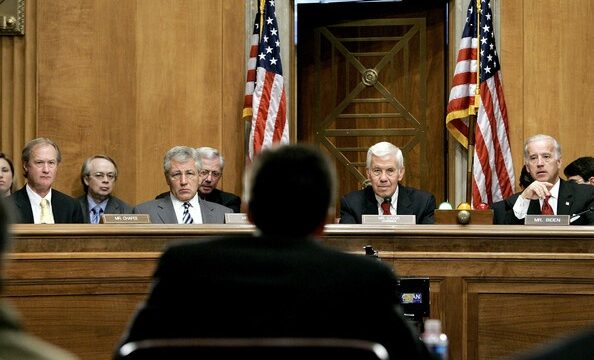 How does the Department of State interact with Congress?

The Department of State is a Cabinet-level department that operates under the Executive Branch of the government. The U.S. Congress is the Legislative Branch, elected by and answerable to the American people. The Constitution authorizes Congress to oversee but not establish U.S. foreign policy, except by law and approval of war and treaties. In that capacity, Congressional committees question Department officials about matters of foreign policy, internal operations and other subjects as it sees fit.

The Department’s Bureau of Legislative Affairs facilitates effective communication between State Department officials and the Members of Congress and their staffs. They work closely with authorizing, appropriations, and oversight committees of the House and Senate, as well as with individual Members who express interest in Department or foreign policy issues. Legislative Affairs helps prepare State Department officials to testify before House or Senate panels, organizes briefings for Members of Congress and their staffs, and coordinates Congressional travel to overseas posts for direct information gathering.

The Secretary of State is the principal Congressional Relations Officer of the Department and the Bureau of Legislative Affairs supports the Secretary by ensuring that the administration’s foreign policy priorities are reflected throughout the legislative process. Legislative Affairs coordinates the Secretary’s annual testimony on Department priorities and budget requirements to Congressional committees with jurisdiction over State programs. The bureau provides appropriate information and support for passage of relevant foreign policy legislation and appropriations, obtaining advice and consent to treaties, and confirmation of the President’s Departmental and Ambassadorial nominees by the Senate.