In 2017, U.S. Consulate General Rio de Janeiro, Brazil, invited dancer and Paralympian Amy Purdy to represent the U.S. as a cultural envoy during the annual Carnival celebrations. Amy is a double amputee who danced in the opening of the Paralympics, won a snowboarding bronze in 2014, was a runner up in Dancing with the Stars, and is a well-respected motivational speaker. She participated in the U.S. Consulate General Rio’s partnership with the samba school Unidos da Tijuca. Amy promoted the shared U.S.-Brazilian musical heritage and messages focused on disability rights and women’s empowerment. She wore this rhinestone studded costume which is a reminder of the importance of innovative public diplomacy, in this case using the famous Rio de Janeiro Carnival to promote rights of people with disabilities. The costume was the first-ever designed for a double-amputee athlete/dancer during Carnival. 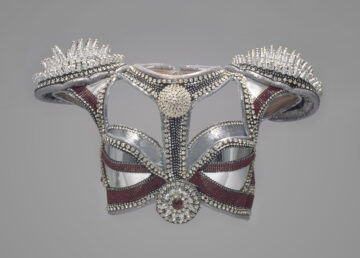 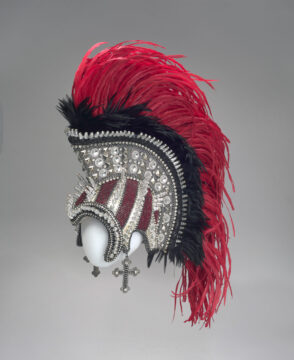 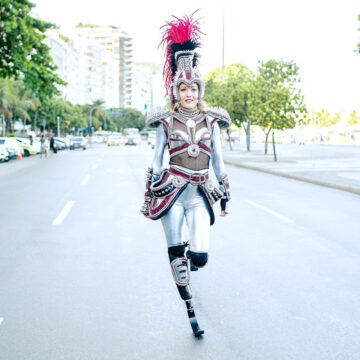