This large metal Great Seal emblem, measuring approximately 4 ft. in diameter, was located at the entrance to the U.S. Consulate Herat, Afghanistan, and was damaged during the September 13, 2013, attack on the consulate by a truck bomb. Eight Afghan guards lost their lives defending the Consulate during this attack. 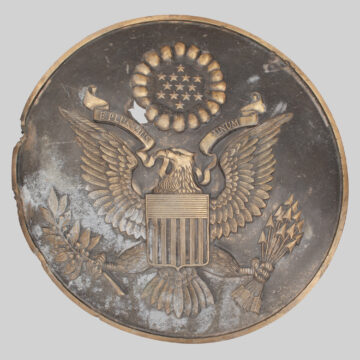