This playful dragon has its own stage and batteries that make it “dance” for the audience. It was received during Secretary of State John Kerry’s April 2016 visit to Japan. He met with foreign ministers from Canada, France, Germany, Italy, Japan, and the United Kingdom, known as the Group of 7 or G7, in Hiroshima and nearby Akiota City. The group reaffirmed their commitment to seeking a safer world free of nuclear weapons in a way that promotes international stability and peaceful uses of nuclear energy. 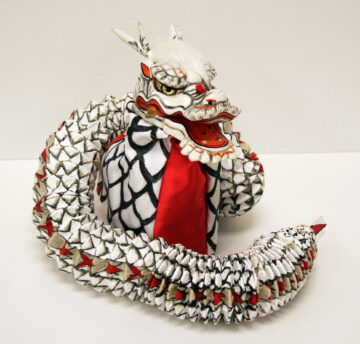