In 1987, the United States and the Soviet Union signed the Intermediate-Range Nuclear Forces (INF) Treaty, which required both parties to eliminate all nuclear and conventional ground-launched ballistic and cruise missiles with a certain striking range. The treaty included protocols regarding inspection of each other’s missile production and storage sites to ensure all such missiles were accounted for. This coffee mug, said to have been created and handed out among those working on the treaty implementation on the U.S. side shortly after the treaty went into effect, depicts a missile hiding behind a stand of trees. However, when filled with a hot liquid, the trees would disappear, fully revealing the missile. 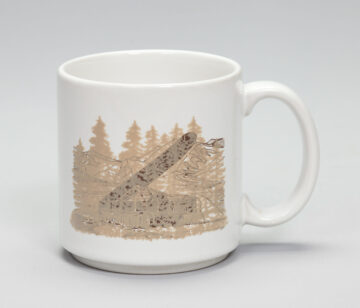 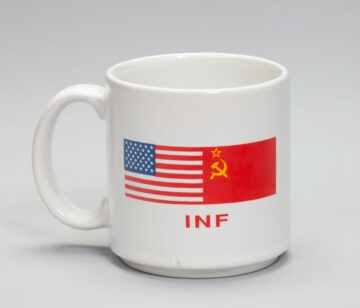