The Makkah Royal Clock Tower is the tallest tower in Saudi Arabia and overlooks the historic city center of Mecca. The tower is adjacent to the Grand Mosque and houses a hotel. During a November 2013 trip to Saudi Arabia, Secretary of State John Kerry met with King Abdullah bin Abd al-Aziz Al Saud and Foreign Minister Saud al-Faisal. They discussed topics of mutual concern in the region. Publicly, they emphasized the importance of the bilateral relationship and the enduring partnership between the two countries. 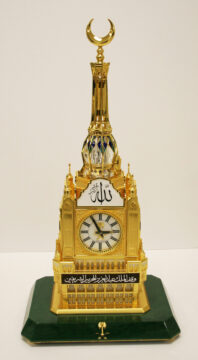