During the space shuttle era (1981-2011), as NASA prepared to launch crews from Cape Kennedy in Florida, a small team of diplomats in Washington, D.C. gathered at the State Department’s Operations Center during each launch. Their role was to help facilitate emergency landings of the shuttle overseas, should it be necessary. With a special phone that connected to NASA mission control -- such as this one -- the team could coordinate if an emergency landing was needed, with diplomats working to obtain assistance from the other country to return the astronauts and shuttle. While an actual emergency landing never occurred, the State Department played a vital role in making sure the bilateral agreements for these sites were in place and enabled use at a moment’s notice. 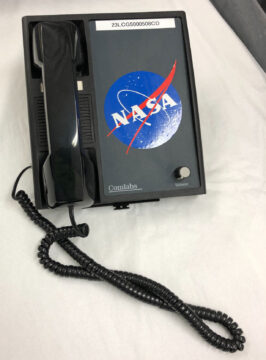