Ambassador Robert G. Neumann was born in Vienna, Austria, in 1916. He studied diplomacy at the University of Vienna, the University of Rennes, and at the Geneva School of International Studies. During his studies in Geneva, he was imprisoned by the Nazis and sent to a concentration camp. After his release, Neumann emigrated to the United States. He carried all of his possessions in this suitcase, which his son later donated to the National Museum of American Diplomacy. Neumann went on to become an international affairs scholar at UCLA. After becoming a tenured professor, he was named U.S. Ambassador to Afghanistan by President Lyndon B. Johnson. He also then served as ambassador to Morocco and Saudi Arabia. 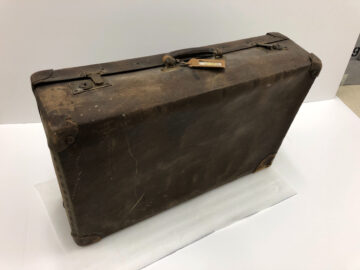