This booklet was a resource utilized by staff of the interagency committee called the Active Measures Working Group, which began work at the Department of State in the early 1980s. The Working Group was devoted to analyses of and responses to Soviet disinformation campaigns aimed at discrediting or weakening the United States and its allies. 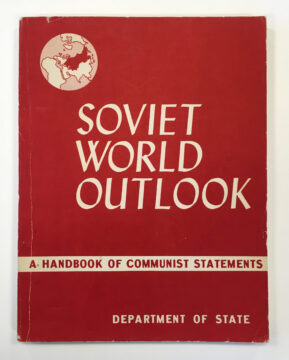