Tom Gallagher joined the Foreign Service in 1965. Ten years later, he came out as openly gay while speaking at a conference on gays in the federal government in Washington, DC. It is believed that he is the first FSO to do so. Before the next periodic renewal of his security clearance, during which he knew he would be grilled about his sexual orientation and ultimately lose his security clearance—and therefore his job— like many of his colleagues had, he resigned. He moved to California and started a new career as a social worker. In 1994, President Bill Clinton prohibited personnel and security policies that were hostile toward homosexuals in the Foreign Service. Gallagher decided to return to his beloved career as a Foreign Service Officer. After retiring from the Foreign Service in 2005, Gallagher continued to serve short temporary tours for the State Department including assignments at 17 embassies and consulates on five continents. This Diplomatic Passport is from this era of his service. 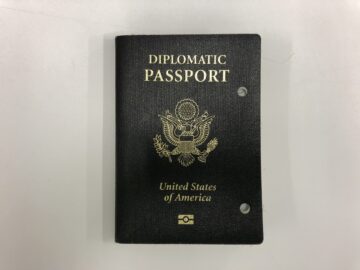 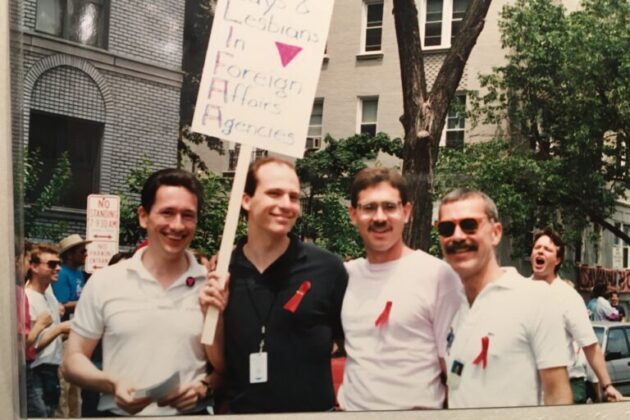 glifaa: The History of LGBT+ Pride in Foreign Affairs Agencies

For decades, a Department of State employee’s security clearance could be denied or revoked—effectively ending their careers— simply for their sexual orientation. Today there are countless LGBT+ employees, family members, and allies in U.S. foreign affairs agencies, roughly 1,000 of whom are members of glifaa, the employee affinity group that represents them.  Developed in partnership with glifaa, this article covers the history and significant milestones of establishing equal opportunities for the LGBT+ community serving our country in foreign affairs.
Read More