This U.S. Women’s National Team away jersey was personalized for Secretary of State Hillary Clinton and given to her on June 6, 2011. That day, Secretary Clinton made remarks at an event at the State Department launching the Women’s World Cup Initiative and marking the 40th anniversary of Title IX in the United States. The initiative, which includes sports exchanges and envoy programs, was designed to harness the power of sports and international exchanges as a means to empower women and girls worldwide. 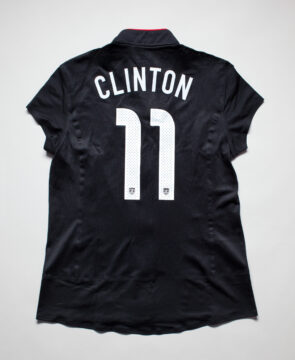 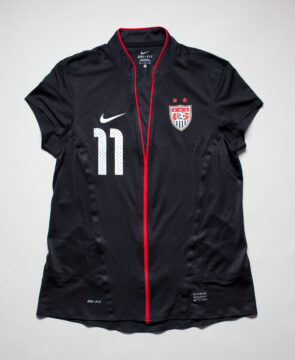