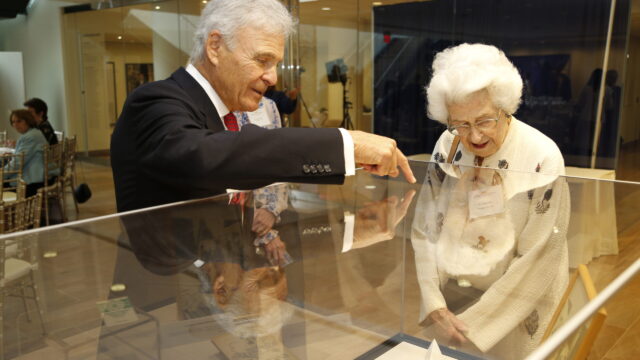 On May 8, 2019, the Diplomacy Center Foundation, the private sector fundraising partner for the National Museum of American Diplomacy (previously known as the United States Diplomacy Center), hosted a celebratory luncheon to dedicate the Founding Ambassadors Concourse. The luncheon was held at the 21,000-square-foot glass entrance pavilion of the Diplomacy Center at the U.S. Department of State.

This special dedication honored the Founding Ambassadors, all individual donors who have received presidential appointments and donated $100,000 or more to the creation of the museum, which is set to open in 2022. To date, 66 Founding Ambassadors have raised a combined total of over $10 million. They include two former U.S. Secretaries of State, one former U.S. Secretary of Defense, and 63 former U.S. ambassadors. The campaign is chaired by Ambassador Stuart Bernstein (ret.), who also serves on the Diplomacy Center Foundation Board of Directors.

Ambassador Harrop also spoke on the importance of German-American relations in light of the upcoming anniversary of the end of the Berlin Airlift. The luncheon featured several objects from the museum’s collection, including an “Operation Vittles Cookbook.” The Operation Vittles Cookbook was compiled by American women during the 1949 Berlin Blockade in an effort to create recipes using the limited resources available to them. The Diplomacy Center Foundation was grateful to have Boris Ruge, Deputy Chief of Mission of the Embassy of the Federal Republic of Germany, in attendance. 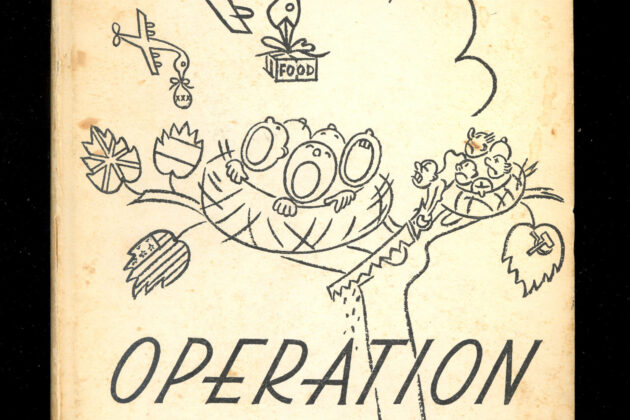 At the end of World War II in Europe, Berlin had been divided in half: a Soviet sector occupies the east; and American, British, and French sectors occupy the west. After Soviet forces blockade West Berlin roads, the United States and its allies execute “Operation Vittles,” also known as the Berlin Airlift. Cargo planes deliver 2.3 million tons of food and supplies to West Berlin. The recipes in this “Operation Vittles” cookbook, compiled in January 1949 by the ""American Women in Blockaded Berlin"" – including Foreign Service Officers and their wives – were created to utilized the limited variety of foodstuffs at their disposal through this period.
View the Cookbook

The Diplomacy Center Foundation was also honored to welcome Ambassador Thomas R. Pickering (ret.), who is a Founding Ambassador and Vice Chair of the Diplomacy Center Foundation Board of Directors. Ambassador Pickering’s remarks touched on the crucial role American diplomacy plays in advancing prosperity in the United States and around the world. He also thanked the guests for their support “in this particular endeavor of telling Americans what diplomacy does for them and what they can do for diplomacy.”

Ambassador Stuart Bernstein (ret.) concluded the luncheon by emphasizing the importance of diplomacy in maintaining a peaceful international order and the need to communicate this message through the creation of a museum dedicated to American diplomacy. He stated, “There are hundreds of museums in [… the U.S.] that are dedicated to military and war – over 400 – and not a single one to diplomacy! […Therefore,] when Ambassador Elizabeth Frawley Bagley asked me to support the building of this museum I did not hesitate.” In his closing remarks, Ambassador Bernstein officially dedicated the space to the Founding Ambassadors.

The Diplomacy Center Foundation would like to thank all our guests for attending this special event. We also extend our deepest thanks and gratitude to our Founding Ambassadors for their generous contributions and support for creating the first museum dedicated to telling the story of American diplomacy.