At the end of World War II in Europe, Berlin had been divided in half: a Soviet sector occupies the east; and American, British, and French sectors occupy the west. After Soviet forces blockade West Berlin roads, the United States and its allies execute “Operation Vittles,” also known as the Berlin Airlift. Cargo planes deliver 2.3 million tons of food and supplies to West Berlin. The recipes in this “Operation Vittles” cookbook, compiled in January 1949 by the ""American Women in Blockaded Berlin"" – including Foreign Service Officers and their wives – were created to utilized the limited variety of foodstuffs at their disposal through this period. 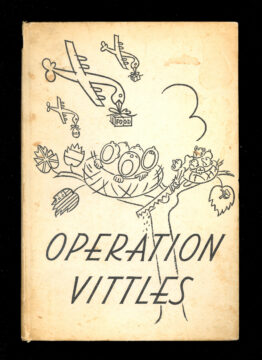