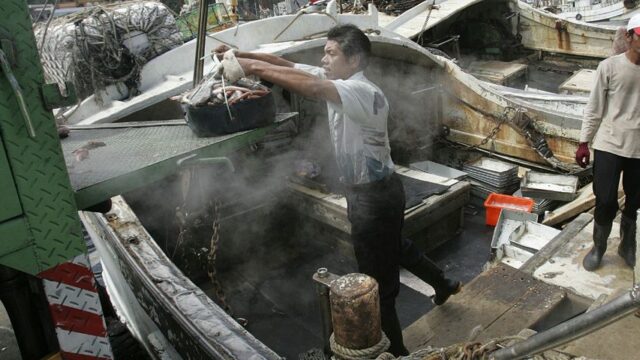 The Office of Marine Conservation is a part of the Department’s Bureau of Oceans and International Environmental and Scientific Affairs. To support the U.S. fishing industry along the East and West Coasts, the office negotiates bilateral and multilateral fisheries agreements. These agreements protect U.S. fishermen, their industries, and the ecosystems where fish populations spawn and grow. The office also participates in international fisheries conservation and management organizations and represents the United States in a variety of other international forums.

Historically the salmon migration between the U.S. Pacific Coast and Asia has supported a profitable industry for U.S. fishermen and the Pacific economy. But in recent years, dragnet fishing and other practices by countries have dramatically reduced the number of salmon that return to the Pacific Coast. Under-regulated fishing in Asia has damaged the natural habitats that sustain salmon populations. When contaminated ecosystems kill fish, or dragnets disrupt their migrations, thousands of U.S. fishermen feel the effects. Some even lose their businesses. For this reason, the United States monitors and negotiates international fishing rights to ensure adequate salmon populations in the United States.