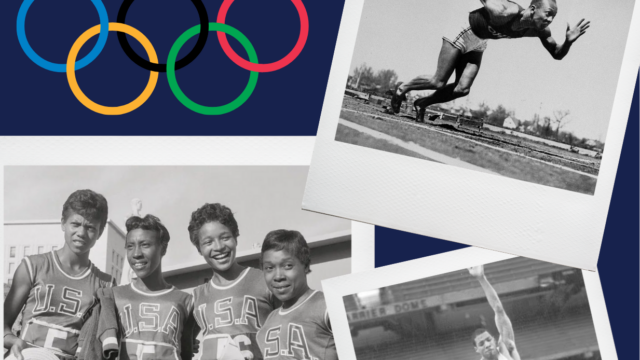 Diplomacy After Hours: The Power of Olympians, Paralympians, and Sports Diplomacy

What role do the Olympics play in American diplomacy? This Diplomacy After Hours we had discussions with NMAD’s Public Historian Dr. Alison Mann, Dr. Ashleigh Huffman, Program Specialist from the Department of State’s Sports Diplomacy Division, Dr. Damion Thomas, Curator of Sports at the National Museum of African American History and Culture, and Paralympian and U.S. Department of State Sports Envoy and ECA exchange sports alumnus John Register.

Together our guests helped us understand what sports diplomacy is and its importance. Through the histories of Jesse Owens, Alice Coachman, and Wilma Rudolph we learned the impact of sports on civil rights movements around the world.

John Register was able to tell us about his experiences abroad and the journey that led him to become a two-time Paralympian and Sports Envoy.

This event was made possible by a partnership between NMAD and the U.S. Department of State, Bureau of Educational and Cultural Affairs, Sports Diplomacy Division.

Hear the stories through the timestamps below

Watch Diplomacy After Hours: The Power of Olympians, Paralympians, and Sports Diplomacy