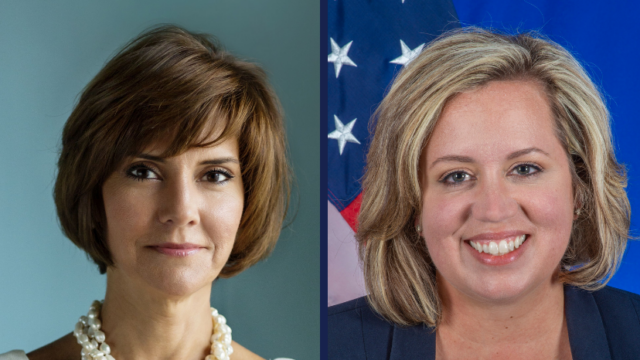 Diplomacy After Hours: The Power of Protocol with Capricia Marshall and Cam Henderson

On September 23, 2020, former Chief of Protocol Ambassador Capricia Marshall and then current Chief of Protocol The Honorable Cam Henderson joined NMAD director Mary Kane in a discussion on the importance of protocol to diplomacy. They discussed the evolution of the Office of the Chief of Protocol since its establishment in 1928 under James Clement Dunn and how protocol is essential to everyday life. They also discussed the delicate art of gift giving between heads of state. Ambassador Marshall highlighted the meaning behind gifts received, and Ms. Henderson shed light on the process of choosing gifts to give.

NMAD has the largest collection of gifts received by the Secretary of State from other countries, which will be showcased in the finished museum’s exhibit on protocol.

Watch Diplomacy After Hours: The Power of Protocol with Capricia Marshall & Cam Henderson below