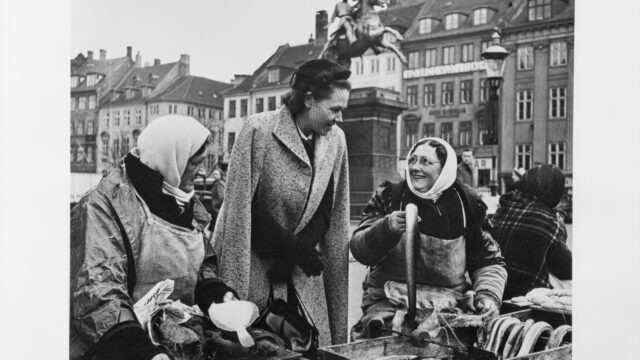 In 1949, Eugenie Anderson (1909-1997) became the first American woman to be an ambassador when President Harry S Truman appointed her to be ambassador to Denmark. Following her highly successful tour in Denmark, President John F. Kennedy appointed her to be U.S. ambassador to Bulgaria in 1962, making her the first American woman to serve as ambassador to a Soviet-allied country behind the Iron Curtain. Among her remarkable achievements, Anderson was also a pioneer in people-to-people diplomacy, placing special emphasis on meeting directly with citizens of the host countries where she served.

NMAD highlights Anderson in the Her Diplomacy online exhibit, Diplomacy is Our Mission physical exhibit, and also featured her life and work in the below Diplomacy Classroom.