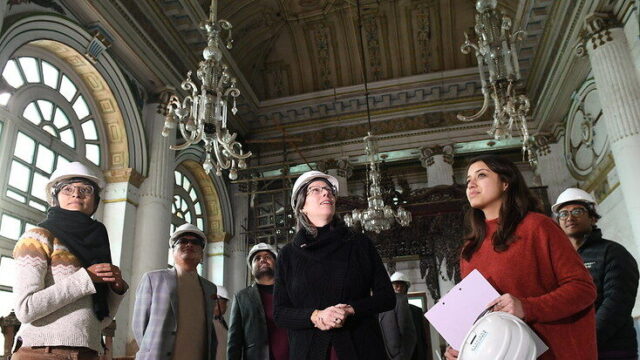 In a special Diplomacy Classroom, NMAD welcomed Martin Perschler and Erin Leckey of the Cultural Heritage Center at the U.S. Department of State to discuss the work of the U.S. Ambassadors Fund for Cultural Preservation (AFCP) and how it shares American values with the world.

The AFCP supports projects to preserve a wide range of cultural heritage in foreign countries, including historic buildings, archaeological sites, ethnographic objects, paintings, manuscripts, indigenous languages, and other forms of traditional cultural expression. Martin and Erin explained that the AFCP’s mission to share and preserve cultural heritage plays an important role in American diplomacy and highlighted the Center’s work in Botswana, Romania, and Mexico.

View program highlights through the timestamps below