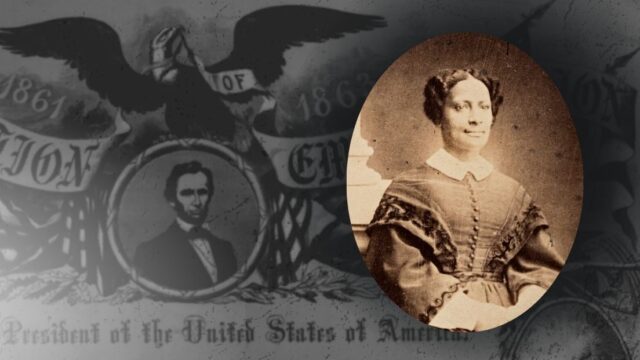 This month on Diplomacy Classroom we were joined by NMAD Public Historian Dr. Alison Mann, where we learned about the African American abolitionist Sarah Parker Remond and the foreign policy implications of the Emancipation Proclamation.

Using the skills of advocacy and communication, citizen diplomat Remond gave public lectures in Great Britain to persuade her audiences to advance the cause of abolition in the United States. Remond particularly appealed to women working in British textile mills. She inspired mill workers to speak out against slavery by drawing the connection between the cotton processed in British mills to enslaved women and children who labored on plantations in the United States.

In 1861, President Lincoln ordered a naval blockade to block cotton exports from leaving the Southern ports. British textile mill workers, in turn, lost their jobs. Would they lobby their government to intercede to get their jobs back? Or would they stand by the cause of abolition? Would the British government recognize the Confederacy as a separate nation, thereby supporting enslavement? And in 1862 and 1863, how did U.S. diplomats promote the Emancipation Proclamation abroad?

Watch Diplomacy Classroom: Diplomacy and the Emancipation Proclamation below.

Diplomacy Classroom is a virtual event presented by the National Museum of American Diplomacy where we explore diplomacy through a historical event, person, or contemporary global issue