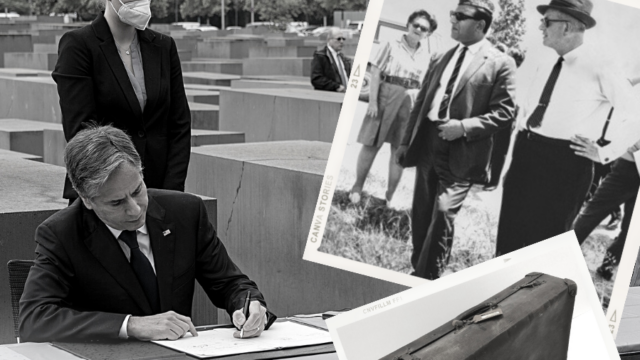 Diplomacy Classroom: Holocaust Survivors’ Legacies and Preserving the Past

Germain discussed U.S. foreign policy and the Holocaust as a universal lesson. She also framed this tragedy as a motivator for some to make a career in public service.

Duyck introduced one of the museum’s artifacts and the story of Robert Neumann – a Holocaust survivor and future U.S. ambassador. The program launched a series on the Special Envoy for Holocaust Issue’s social media channels featuring current U.S. diplomats like U.S. Secretary of State Antony Blinken who are descendants or family members of Holocaust survivors.

View program highlights through the below timestamps

Watch Diplomacy Classroom: Holocaust Survivors’ Legacies and Preserving the Past