On the night of President Lincoln’s assassination, John Wilkes Booth’s co-conspirators attempted to assassinate Vice President Andrew Johnson and Secretary of State William Seward. The co-conspirators’ attempts failed. In the case of Secretary Seward, this was thanks to the actions of George Robinson, a soldier detailed to guard Seward. In 1871 the U.S. Congress awarded this medal to Robinson “for his heroic conduct” that saved the life of Secretary Seward on that night in 1865. One side of the medal features an artists’ rendition of the physical struggle between George Robinson and the would-be assassin, Lewis Paine. 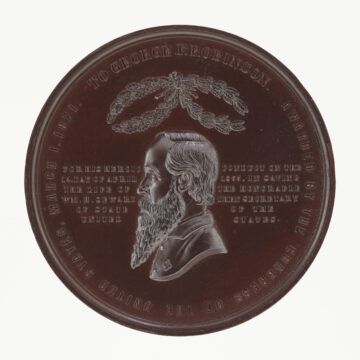 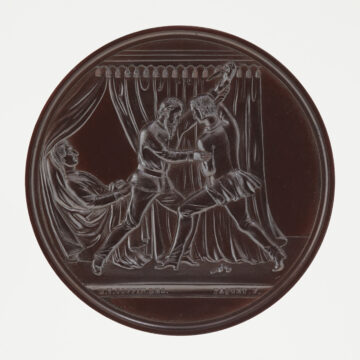