Foreign Service Officer Richard A. Johnson was posted to U.S. Embassy Kuwait when the embassy suffered a major attack on December 12, 1983. A truck laden with explosives crashed through the embassy compound gates and detonated near the administrative building. Six people were killed and over 80 were injured. It was part of a series of attacks on sites in Kuwait, including the French embassy. Richard Johnson was not injured, though his damaged briefcase was found amid the destroyed building. 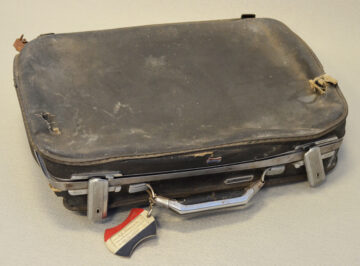