Cardinal Jozsef Mindszenty was the highest Catholic official in Hungary mid-20th century during the Soviet takeover of Hungary. He was opposed to communism and sentenced with treason. His life was in danger, and he sought and received asylum at the U.S. Embassy, Budapest on November 4, 1956. He ended up staying at the embassy and never leaving for 15 years. With the diplomatic assistance of the Vatican, he finally left in September 1971 to seek medical treatment. He utilized this missal while in residence at the embassy. 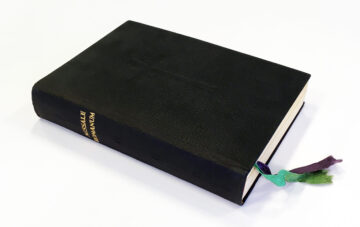