In 1948, President Harry S. Truman sent Edward R. Dudley to Liberia as U.S. Envoy and Minister. Upon elevation of the Mission in Liberia to a full U.S. Embassy in 1949, Dudley was promoted to the rank of Ambassador. With that, Ambassador Dudley became the first black Ambassador in U.S. history. Issued on September 10, 1948, Edward R. Dudley used this diplomatic passport to travel to his assignment to Liberia. 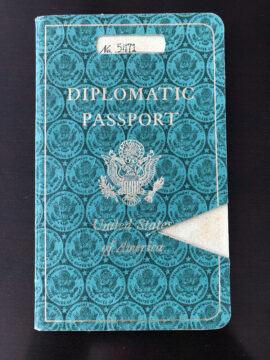 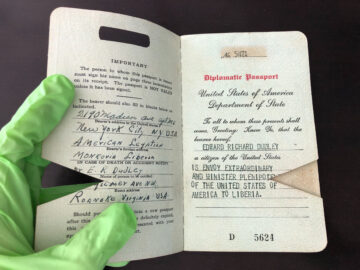 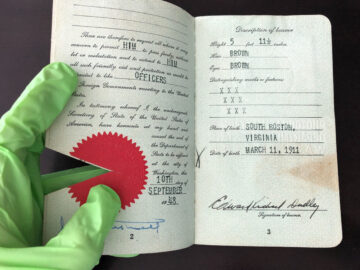 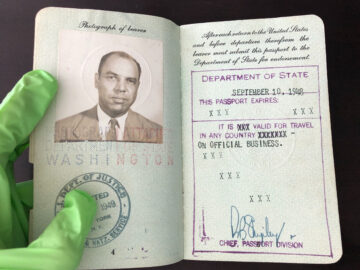