The 1959 book "Foreign Service Girl" by Robin McKown details the life of a young woman serving as a secretary abroad. At the end of the novel, she gives up her chance to become a Foreign Service Officer in order to marry instead. Although it is a work of fiction, the book reflects discriminatory attitudes and practices that hindered women who wanted a career in the U.S. Foreign Service. In 1968, Foreign Service Officer Alison Palmer launched a legal battle for women’s equality in the service by filing an Equal Employment Opportunity (EEO) case alleging gender discrimination, which she won in 1971. 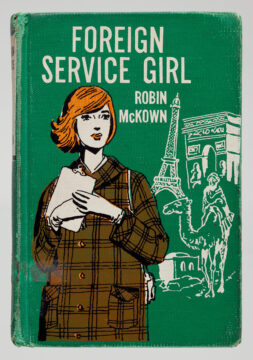