These eyeglasses were worn by U.S. Embassy Tehran employee Kathleen Stafford as part of her disguise during a covert CIA operation to exfiltrate her and five other U.S. Embassy employees from Iran on January 28, 1980. Known as the “Canadian Six,” they were sheltered in homes of Canadian Embassy officials in Tehran after they avoided capture by Iranian militants who overran the U.S. Embassy on November 4, 1979. The CIA operation was dramatized in the popular 2012 film Argo. 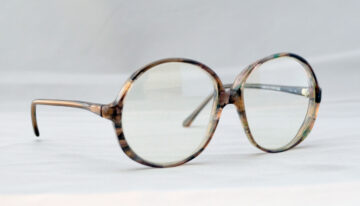