Special Agent Frank J. Madden served with the State Department's Office of Security from January 1942 until 1971. He served on personal protective details for three U.S. Secretaries of State (Acheson, Dulles and Herter) and countless visits by high-level foreign dignitaries, such as the Shah of Iran and the King of Morocco. Madden wore this fedora while on the job, reflecting the style for men of his era. 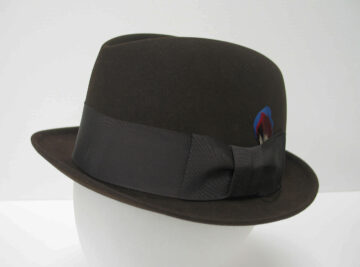