After their release on January 20, 1981, following 444 days held as hostages in Iran, 52 Americans began their long journey home. While en route to Wiesbaden, Germany on a military aircraft, they were given military-issue cold weather parkas to help them keep warm. As the former hostages disembarked from the plane wearing their parkas, photographers and news crews captured the joyous occasion and sent photos and videos around the world. Time magazine featured it on the cover of their February 2, 1981 issue. This parka was worn Foreign Service Officer Michael Metrinko, who was serving as a political officer at the embassy. 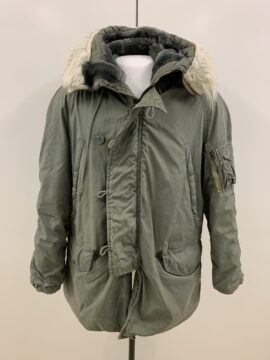