X-Ray machines aren’t just used in hospitals and airports, they’re also a crucial tool used by the Diplomatic Security Service to detect threats to U.S. diplomatic missions around the world. This portable x-ray kit, manufactured in 1970s, was used by DSS Technical Security Officers to look for espionage devices, explosives, and other potential threats. In the 1980s these devices played a crucial role in finding Soviet bugs placed in typewriters in the U.S. Embassy in Moscow and at other U.S. diplomatic missions. 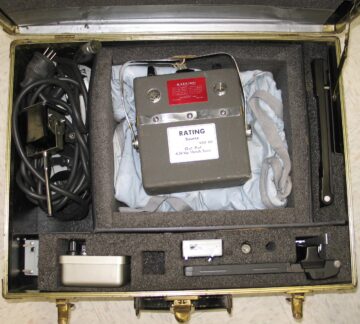