After the 1973 war between Egypt and Israel, Israel withdrew from the strategic Giddi Pass and Mitla Pass in the Sinai Peninsula in exchange for monitoring by third parties. The United States established the Sinai Field Mission (SFM) to monitor the number of personnel, weapons, and vehicles that were going into the Israeli camp on one end or the Egyptian camp on the other end. SFM officers at times wore this bright orange uniform as they carried out their duties on this desert frontier. 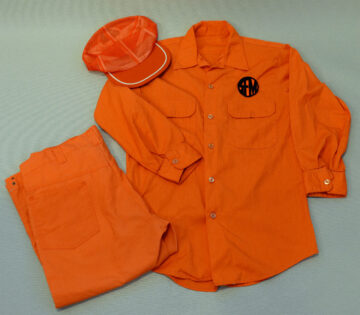