"State Department Murders" novel by Edward Ronns, published in 1950. The story features fictional State Department officers and draws heavily on the environment of security fears and paranoia at the beginning of the Cold War in the late 1940s. During this time period, the “Lavender Scare” and McCarthyism resulted in the persecution and firing of State Department and other government employees. 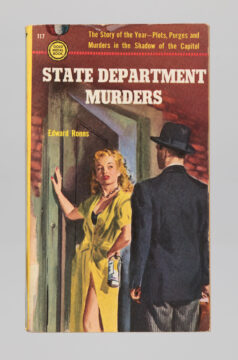 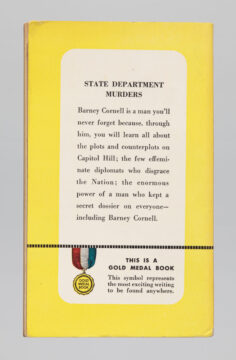