Diplomatic Security Special Agent Patti Morton utilized these toy cars as part of her duties to train employees at U.S. Embassy Saigon in the art of defensive driving, demonstrating various scenarios which a diplomat might encounter on the road. Patti Morton was a trailblazer for women’s rights at the U.S. Department of State. In 1972, Morton became the first woman Diplomatic Security Special Agent. One of her other trailblazing roles was as a regional security officer in Saigon, South Vietnam in 1974 where she managed the Marines who guarded the embassy. 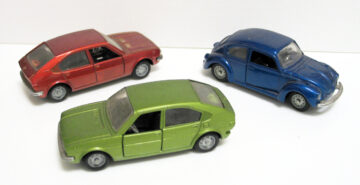