From 1949 to 1979, U.S. official diplomatic relations with China were based in Taipei, Formosa (Taiwan). Years after Nixon’s opening with mainland China in 1972, the United States recognized and established diplomatic relations with the People’s Republic of China as the sole legitimate government of China on January 1, 1979. The U.S. embassy in Taipei was then closed and the U.S. Liaison Office in Beijing was converted to an embassy. This stamp from the former U.S. Embassy Taipei marks this change in bilateral relations. 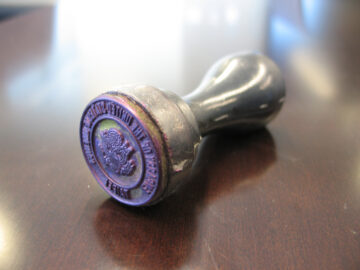