The U.S. and Cuba re-established official diplomatic relations on July 20, 2015, and U.S. Embassy Havana was officially reopened on August 14, 2015, by Secretary of State John Kerry. During the reopening ceremony, this U.S. flag was handed off by the last Marines to serve at U.S. Embassy Havana in 1961 to the active duty Marines posted there. It was raised and flew for several weeks at the embassy before being replaced. 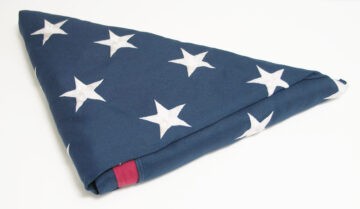