In the late 1950s, the United States and the Soviet Union agreed to host national exhibitions as a means of cultural exchange to increase mutual understanding. The Soviet exhibition came first, held in New York City in June 1959. As seen on this booklet’s cover, the focus of their exhibition was the Soviet satellite Sputnik. The exhibition also covered Soviet industry, agriculture, and music and theater. 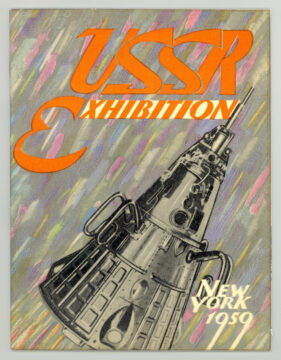