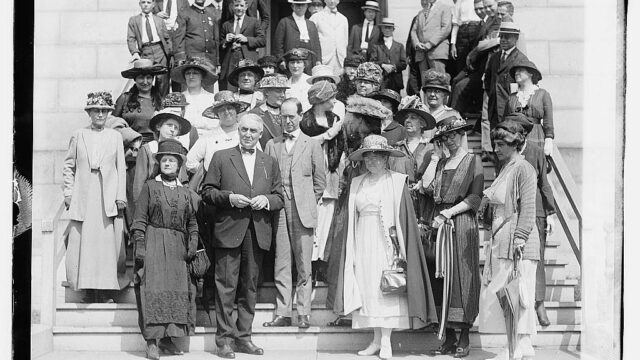 Lucile Atcherson of Ohio was a young suffragette who worked for the Franklin County, Ohio, Suffrage Association. She later worked as the General Secretary of the American Committee for Devastated France – a humanitarian organization run primarily by women committed to rebuilding France post-World War I.

Through this experience, Lucile Atcherson gained an interest in foreign affairs. In 1921, she applied to take the entrance exam to become a diplomatic officer. This caused many people to take notice, including the Attorney General of Ohio, as there were no women officers in the diplomatic service at the time. Women at the State Department primarily worked in clerical positions.

By early 1922, U.S. President Harding had received several letters about Lucile Atcherson’s intention to join the diplomatic ranks, including one from the Columbus (Ohio) Women’s Association of Commerce that had unanimously endorsed Atcherson for a diplomatic appointment. They wrote, “…three hundred Columbus women voters, who know and admire Miss Atcherson, urge you to see that she is appointed to this office.” These women recognized the power of their newly acquired right to vote, and sought to remind President Harding that they intended to use this right!

Atcherson did not need Harding’s direct intervention. She achieved the third highest ranking score on the 1922 examination, and was not far behind the first and second scoring men.