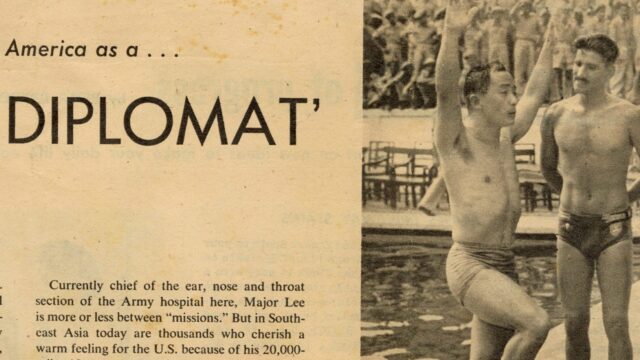 What is a “Goodwill Ambassador?”

Goodwill ambassadors are prominent Americans who represented the United States overseas through State Department programs. Today, these individuals are more commonly referred to as Cultural Ambassadors, Sports Envoys, or Arts Envoys. Through these State Department Exchange Programs, Americans can create long-lasting ties between the United States and other countries. Through demonstrations, clinics, and casual interaction, they forge people-to-people ties to build mutual understanding of ideals and culture.

Becoming an Olympic Diver in the Face of Discrimination

Having watched the 1932 Los Angeles Olympics as a boy, Sammy Lee dreamed of becoming an Olympic diver.

However, his local public pool only allowed racial minorities on Wednesdays, which were called “international days.” These restrictions severely limited Lee’s ability to train.

A sympathetic local coach, Jim Ryan, took on Lee as a student. He taught Lee to dive in a sandpit, which Lee later credited with strengthening his legs.

While attending Occidental College as a student-athlete, Lee entered into an Army Student Training Program in 1942. Through the program, he secured tuition payment for his medical education. Lee would study at the University of Southern California School of Medicine while serving in the U.S. Army Reserves.

He continued to train throughout his education and military service and won several national titles, ultimately making it onto the U.S. Olympic Diving team.

In the 1948 London Olympics, Lee won the gold medal in platform diving. During the 1952 Helsinki Olympics, he was serving as a physician in the Korean War, but the Army granted him one month’s leave to train and represent the United States. Lee was the first diver to repeat as a gold medal winner in the same event.

In 1953, Lee became the first person of color to win the James E. Sullivan Award, the Amateur Athletic Union’s award for the nation’s best amateur athlete.

In 1954, while on leave from the U.S. Army Medical Corps in Korea, Lee represented the United States as a U.S. Department of State goodwill ambassador. Through the State Department, Lee traveled to Japan, India, Sri Lanka (at the time known as Ceylon), Pakistan, Turkey, Singapore, Vietnam, Burma, Hong Kong, and the Philippines.

Sammy Lee was one of the first Asian American goodwill ambassadors to counter Soviet and Chinese Cold War propaganda about the United States. While Lee spoke about his achievements, he also addressed how the United States people and their government were acknowledging discrimination and working to address racism.

As a Department of State goodwill ambassador, Lee gave diving exhibitions for fans and aficionados and classes for local divers. As a physician, he also visited hospitals and medical schools.

U.S. embassies often had to improvise to find appropriate venues for exhibitions. In one case,  Sammy dove off of a platform specially constructed by the Pakistani Army. In another case, he dove off a table.

Lee excelled in creating people-to-people ties, with divers in each country asking him to return for further coaching. His ability to engage in tough conversations on race in America and the value of democratic principles with composure and humor gained him respect from host countries. People identified with Lee. They saw him as a representative of America who truly saw them as equals. As Dr. Sammy Lee said himself:

U.S. diplomats praised his communication skills and sense of humor. One embassy official noted, “Dr. Lee seemed willing to dive off anything to carry out the program.” Several embassy officials reported back to Washington D.C. that he was the first U.S. goodwill ambassador to receive positive and unbiased coverage from local pro-Communist newspapers.

Lee’s primary contact with the State Department for his tour was Harold “Hal” Howland, for the International Education Exchange Service. Howland advocated strongly for the tour within the Department and frequently corresponded with Lee throughout the tour. In his letters, he writes about Lee’s glowing reports from abroad to Washington D.C.

Foreign Service Officers posted in the various countries Lee visited were responsible for organizing his trip itineraries and providing Lee briefing materials. They often wrote Lee once he departed to his next tour stop with follow-up reports and kind thank-you letters to Lee. Organizations that Lee met with also wrote to Lee before and after his visits. 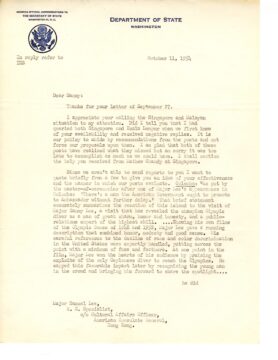 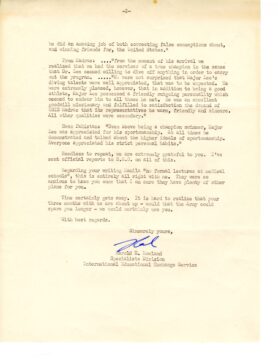 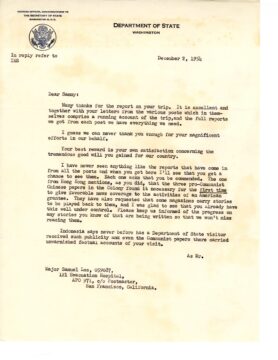 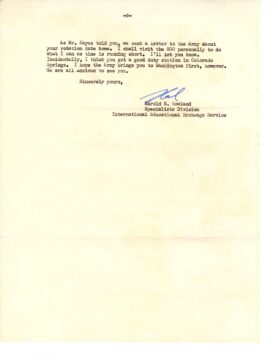 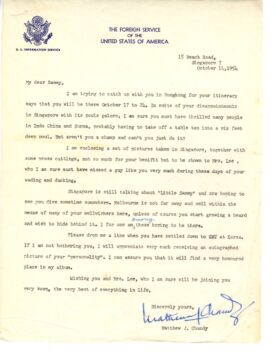 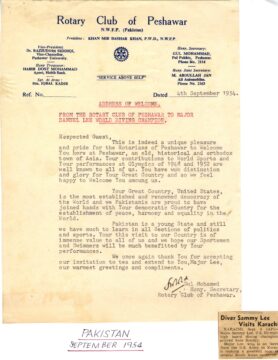 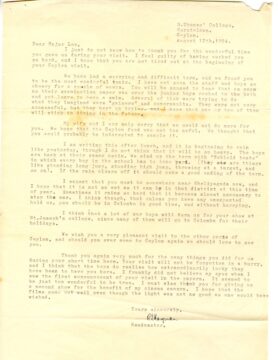 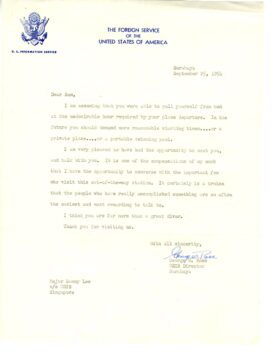 After traveling throughout Asia to advocate for the United States as a country of equal opportunity, Lee returned to California to find that he still had a role to play in the struggle to end discrimination at home.

Lee married his wife Rosalind in 1950 and they welcomed their first child in 1955. As he established his private medical practice, local realtors prevented Lee and his family from buying a home in a segregated Orange County, California neighborhood called Garden Grove.

Due to his high profile from his Olympic medals and State Department tour, Lee’s situation attracted widespread political attention and public outcry, including supportive comments from Vice President Nixon, who had grown up nearby.

In response, neighboring communities offered to welcome the Lees. They bought a house for their growing family in Anaheim, California.

By highlighting how racist housing restrictions could be used in anti-U.S. Cold War propaganda, Lee’s case contributed to the decline of the discriminatory practice. The event helped force the nation to come to terms with how America could not defend its ideals abroad if it did not practice what it preached at home. As the San Francisco Chronicle commented in 1955:

The Legacy of Sammy Lee

The year after his service as a goodwill ambassador, Lee retired from the Army and began an ear, nose, and throat practice in California. He also operated a diving and swimming school and served as a diving coach for the national teams of South Korea and Japan and individual U.S. Olympic medalists.

In 1986, when the University of Southern California established its Korean Heritage Library, Lee and other members of the Korean American community aided in fundraising efforts. The resulting endowment has allowed the Korean Heritage Library to document the contributions of Korean Americans to California and U.S. history while highlighting the community’s commitment to an independent Korea. Dr. Sammy Lee passed away in 2016 at the age of 96.

Sammy Lee showed the world what it means to be an American. His legacy is one of service, social justice, and dedication. To this day, Sammy Lee inspires diplomats, whether citizens or government officials. His story is a testament to the power of cultural diplomacy and the importance of showcasing diverse figures abroad.

Sammy Lee: A Life That Shaped the Currents of California and U.S. History (KCET-PBS)

The Story of Dr. Sammy Lee: “A Life Well Lived”

NMAD wishes to thank Mrs. Rosalind Lee and Bill Brown for their support on this project.