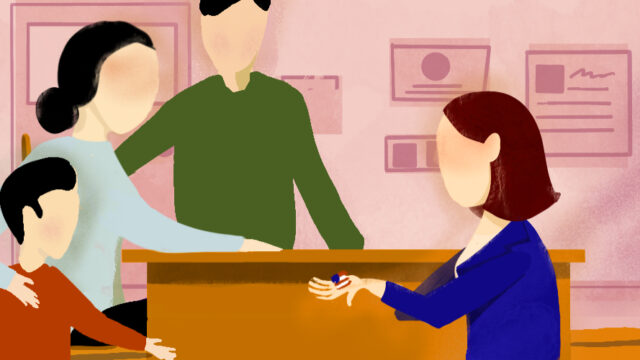 The father had gotten his green card first and lived in America, but the wife and child would come to live with him for five or six months and then go back to the Czech Republic. And they did this at a point in time where their eldest son had already become a U.S. citizen, and they just hadn’t realized it.

So I stopped and asked him to hold on.

There’s a law, the Children’s Citizenship Act of 2000, that we kind of refer to as the magic wand. If a parent, a U.S. citizen parent, can get an immigrant visa for their child and the child comes to America to live with them, the moment they touch U.S. soil, magic wand, they’re American.

I double-checked my research, got the documents together, and took everything to my boss. After I finish presenting everything, he goes, “You’re right. That boy is a U.S. citizen!”

His mom was crying, and dad’s like, “Really?”. And the kid, he was in the waiting room with all the other people with his chest totally puffed up like that was his proudest moment. He was the sweetest thing.

It was just one of those things where paying attention to what they said meant that I got to tell them that their son was a U.S. citizen. And whenever you can make it a little kid happy, I mean, come on, that’s the best.