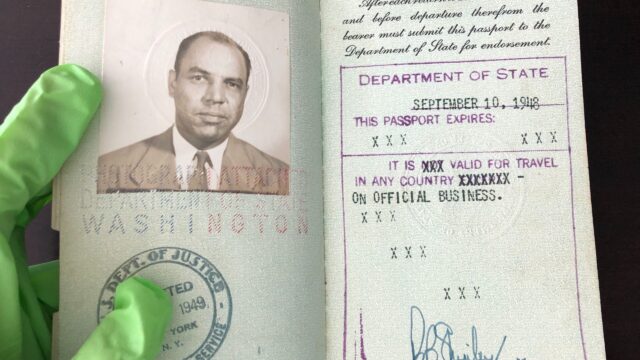 Ambassador Dudley’s Passport and Items From a Diplomatic Courier

The National Museum of American Diplomacy has collected some significant items in recent weeks. These include a diplomatic passport issued to Ambassador Edward R. Dudley, the first African American to hold the rank of ambassador. The passport joins a number of documents, letters, and photographs from Dudley’s trailblazing service collected in 2019. 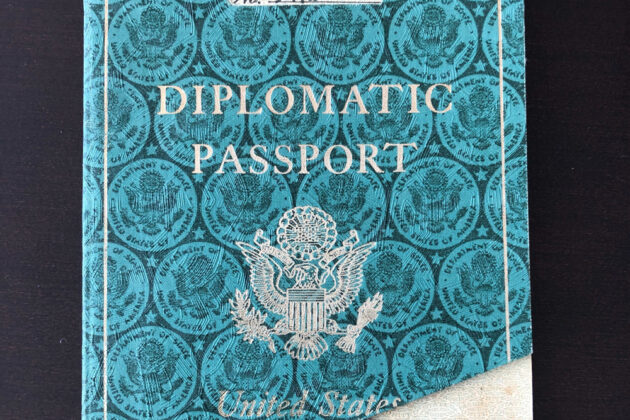 Issued September 10, 1948, Edward R. Dudley used this passport to travel to his assignment as U.S. Minister to Liberia. In 1949, the U.S. mission to Liberia was upgraded to embassy status, and Dudley was promoted to the rank of ambassador. Collection of the National Museum of American Diplomacy.
View the Passport

Also collected were items from Joseph H.L. Garrison, who served as a diplomatic courier in the early 1950s. From a colorful diplomatic courier service patch and “Practical Spanish” language booklet to an ID card and courier commissions, these items tell one person’s interesting story.